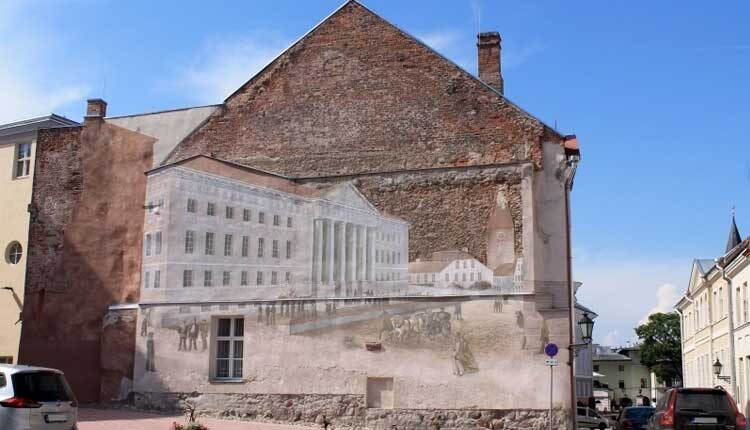 The von Bock House is one of the landmarks of Old Tartu. The building is adjacent to the main building of the University of Tartu. The uniqueness of the house lies in the fact that there are permanent art and photo exhibitions on its walls and in its windows.

The history of von Bock house

The house owes its name to its owner Colonel M. J. von Bock. The building was built in 1780. In 1839 it was purchased by the University of Tartu. At various times it has housed a university clinic, a veterinary school, a library of the Estonian Union of Scientists, and in the Soviet era the building was used to teach the theory of Marxism-Leninism.

In 2007, von Bock House was opened to the public after a lengthy restoration. The exterior of the building has been substantially changed after the renovation work was carried out. In particular, the wall facing Jacobi Street houses a permanent photo exhibition of Alar Madisson. The windows of the building have portraits of legendary professors and teachers of the University of Tartu.

What is depicted on the facade of the von Bock house?

The side of von Bock’s house visible to tourists on their way to the university from Town Hall Square is also recognizable. It shows the main university building from the 19th century. In addition to the recognizable silhouette, the artist also depicted part of the street. By the way, von Bock’s house is now the property of the University of Tartu. The Institute of Culture and Art History is located in it.