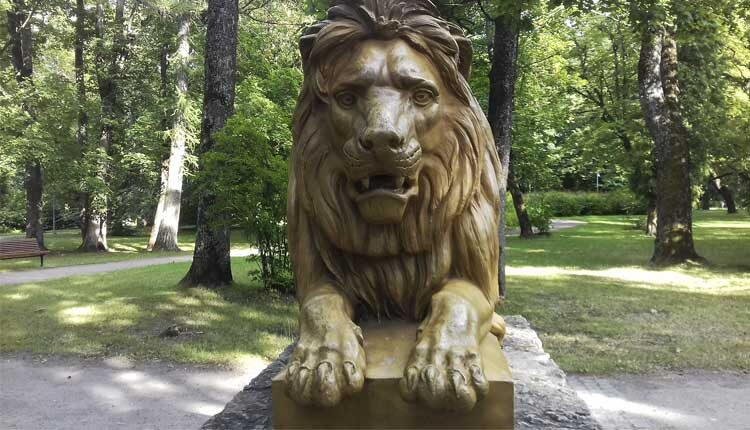 Löwenruh Park in Tallinn located at the crossroads of Linnu Tee and Mustamäe Tee Streets. Today the residents of the surrounding neighborhoods love to spend time here. This beautiful park, the territory of which is surrounded on all sides by water channels, attracts people of all ages to the area.

Today’s Löwenruh Park can be responsibly called a place of history. Its name it owes to the vice-governor of Estonia Friedrich von Löwen, whose manor was located here in the XVIII century. After a while, the current park passed into the ownership of Friedrich von Rosen, which gave rise to the second name of this place – Roosna.

On the territory of Löwenruh Park was formerly a fishery and vinegar and chocolate production. It became a recreation area only in the middle of the 19th century. At that time two sculptures of lions brought from Germany were set up in the central alley, one of which has survived to our days.

At different times during the Soviet period in Löwenruh Park there was an agricultural enterprise, then a tree nursery, then again a fish factory. In the 70s and 80s, participants of the Young Naturalists Club, located in the nearby Palace of Pioneers (now the Kullo Children’s Art Centre), used the park to study plants and birds.

In 1993 Löwenruh Park was taken under the protection of the state. In 2004, extensive works on dredging the water channel were started. Then a beautiful fountain appeared in the park pond. A reminder of the park’s past is the ice cellar and the carriage house, which have been preserved since ancient times.

Near the main gate of the park today is a cozy cafe. There is also a playground for children. It is located opposite Kullo, not far from the official parking lot.

Other nice places to see