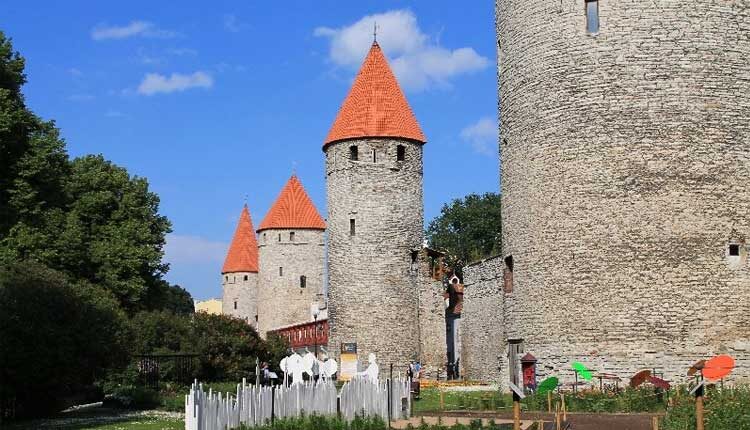 Towers Square in Tallinn is a city park located in the northwestern part of the Old City. It is a great place for walking, suitable for people of all ages. The park has a large playground for children and exercise equipment for sports. During the summer, bio-toilets are installed in the square.

Originally, Towers Square in Tallinn belonged to the Cistercian convent of St. Michael. After the construction of the fortress wall at the foot of it began to hold military parades. In addition, the townspeople mowed grass here for livestock.

In 1896 the territory was given to the Estonian Society of Farming. They held exhibitions here, and the park was called Exhibition Grounds. In 1930 the last exhibition was held on the square, after that the pavilions previously built for its needs were dismantled, leaving only one. Movies and concerts were held there until 1933, when the building was burned in a fire.

Towers Square became a public park in Tallinn only in the early 20th century. For the first time works on the improvement of this territory were carried out in 1930s. At the same time it was given its present name.

One of the attractions of the Tower Square is the fountain “Girl with a dish”. Nearby there is an viewing platform at the top of the Patkuli stairs. It offers an excellent view of the sea coast and some parts of the historic center of Tallinn.