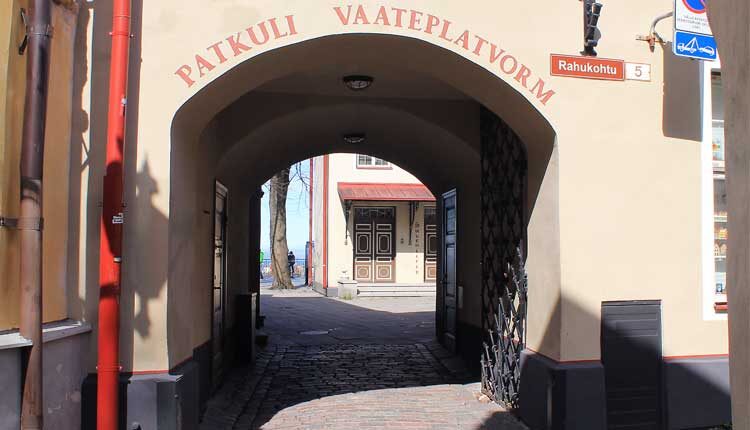 History experts have not been able to determine the origin of the name of the staircase. Some of them believe that it was named in honor of the last Swedish Vice-Governor of Estonia, Dietrich Patkul, others believe that it bears the name of the Commandant of Reval, a Russian general and a participant in the War of 1812, Vladimir Patkul, who held the highest position in the XIX century.

The construction of Patkul’s stairs began in early 1903. The ceremonial opening of the stairs took place on October 6, 1903. The staircase has 157 steps. At its end was installed iron gate, which at first were open only during the day – from 8 am to 5 pm. Citizens were informed about the possibility of free passage up the stairs by means of a flag, which served as a kind of indicator. 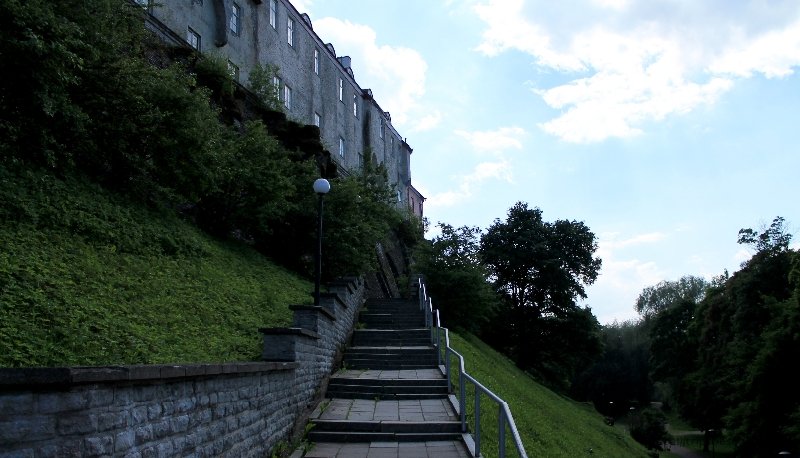 From the viewing platform you can see some of the attractions of the Old Town. From here you can see a part of the fortress wall and towers of Tallinn, Oleviste Church and the passenger port. As the palm of your hand you can see the Baltic Railway Station, where international trains arrive, including the train Moscow-Tallinn. The platform is one of the favorite places of photographers because you can take very beautiful pictures there.

Directly at the site work a few souvenir stores. You can get there both by going up the stairs, which start at Toompark, and through the ancient streets of Toompea, passing by the Orthodox Alexander Nevsky Cathedral and the majestic medieval Dome Cathedral. In close proximity to the observation deck there is Stenbock’s House, where the Estonian government now sits.

Patkuli Stairs on the map of Tallinn

Patkuli Stairs take the beginning of Snelli Pond, which is at the beginning of Nunne Street. At the foot of the stairs is a small square with benches where you can pass the time, enjoy the pleasant atmosphere and the beautiful view.

Other viewing platforms in Tallinn