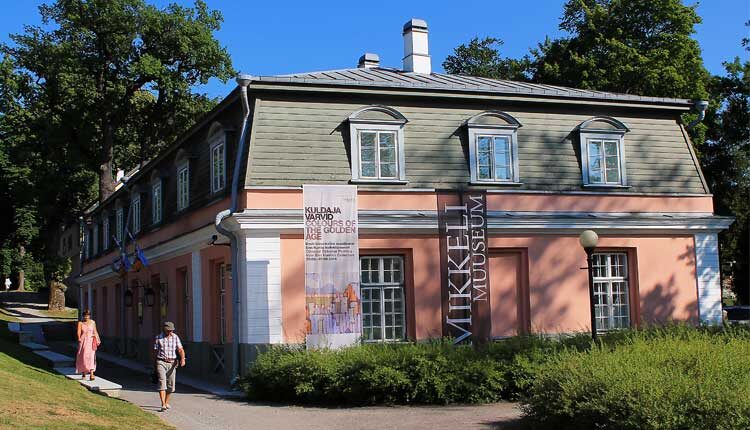 The Mikkel Museum in Tallinn is located in Kadriorg Park, near the former imperial palace. The collection of works of art from the private collection is exhibited in the ancient building and occupies two floors. Today the institution itself is one of the branches of the Estonian Art Museum.

Johannes Mikkel is considered to be the most famous Estonian art collector of the second half of the twentieth century. His interests were varied and his activities were exuberant. Mikkel, who was born in 1907, began collecting art between the world wars. In 1994, the collector himself donated the collected works to the Museum of Art. He died in 2006, after living almost 100 years.

In the private collection of Johannes Mikkel are samples of art works from the 16th-20th centuries. Russian, Western European and Chinese art is widely represented here. In addition to paintings and drawings, samples of Chinese and European porcelain are exhibited in the museum. A special place in the exposition is given to the products of the Imperial Porcelain Factory (founded in 1744), which is considered one of the oldest European art porcelain factories.

The basis of the collection is considered the Western graphics of the XVI-XIX centuries. The most outstanding works belong to the Golden Age of Dutch painting (17th century). The museum features paintings by Lucas Cranach, Albrecht Dürer, Felicien Rops, Melchior de Hondekuter and others. The total number of exhibits in the museum is about 600 pieces.

Who was Johannes Mikkel?

The famous collector was from South Estonia. As a young man, he studied various disciplines, including art, at the University of Tartu. After the end of World War II, Mikkel worked as a manager in several Tallinn antique stores. He was able to build up his collection thanks to the connections he acquired as an antique dealer.

History of the Mikkel Museum house

The building now occupied by the Mikkel Museum was formerly used as a palace kitchen. It was built in 1721, when the Russian emperor Peter the Great started building his summer residence there. The kitchen of the palace also included a bread storehouse, a pantry for tablecloths and an ice cellar, of which only the ice cellar has survived.

Extensive restoration work, as a result of which the cottage acquired its present appearance, was carried out in 1995. Then it was adapted for museum purposes. The museum opened its doors to the public on June 25, 1997. Since that day the Mikkel collection was on permanent display.

Mikkel Museum on the map of Tallinn