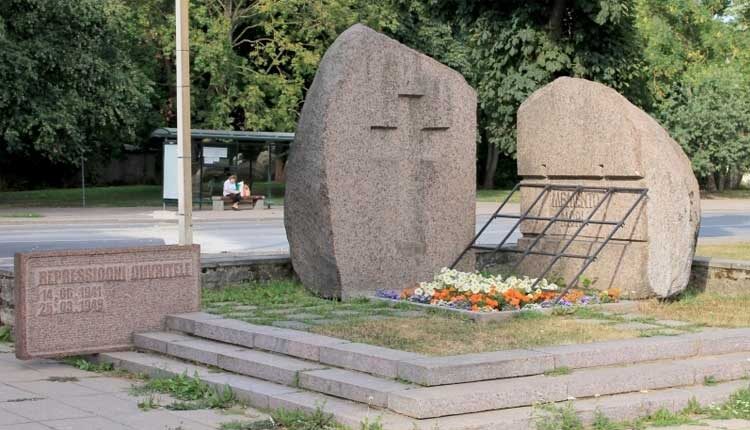 The memory of tens of thousands of victims of Stalinist repression in Narva is commemorated with a sculptural composition Memento Mori. Everyone probably knows that this Latin phrase urges us to remember death. The giant boulder with a Christian cross carved on one of its parts is split in two on the station square.

The significance of the monument

Almost 60,000 people were deported from Estonia in ten years, many of them due to false denunciations of our envious and ill-wishers. After Stalin’s death, the Estonian people were not subjected to repression.

Echelons of repressed people from different parts of Estonia passed through Narva. The city witnessed the destruction of tens of thousands of people’s lives. The fault of many of them lay only in their unwillingness to submit to collectivization and their desire to preserve their own independent state. However, among the repressed there were also people who were aggressively working against the new government, as well as supporters of the Nazis.

History of the monument

The Monument to the deportees in Narva was unveiled on June 14, 1992. The gray granite became a symbol of human suffering. Today in Estonia it is considered that mostly Estonians suffered from the repressions, but it is known that the victims of Stalin’s regime were also many ethnic Russians and people of other nationalities.

There are two dates stamped on the memorial plaque: “June 14, 1941” and “March 25, 1949” – the dates when the largest deportations took place. Authors of the monument – sculptor Johan Keller and architect Vladimir Orlov.