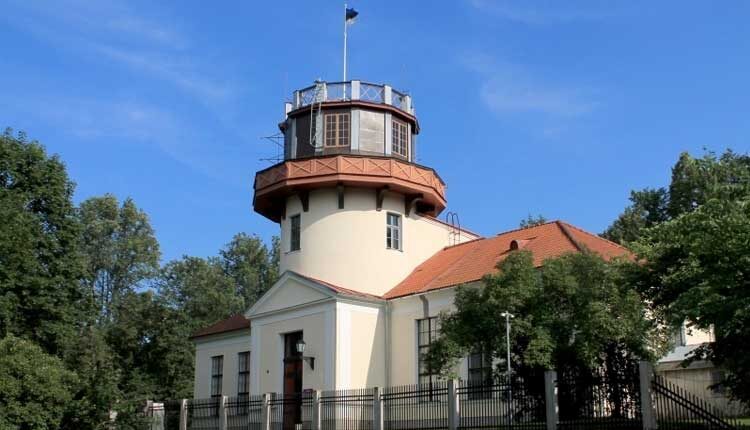 Tartu Observatory is a scientific institution whose purpose is to observe the cosmos and the celestial luminaries. Many scientific discoveries were made here, which in their time shocked the whole world. Today, the observatory continues its work and is also engaged in educational activities.

History of the Tartu Observatory

Tartu Observatory was built in 1808 – 1810 on the site of the former bishop’s castle. The author of its project, as practically all university buildings, was the architect Johann Wilhelm Krause. Externally, the observatory in Tartu resembles similar institutions in Gotha, Göttingen and Uppsala, which Krause took as a basis.

Originally, the observatory looked like an ordinary building with a tower crowned by a domed roof. In one of the halls of the institution was installed a special meridian ring, with the help of which scientists made geodesic maps. In 1825 the building was reconstructed. The observatory received a Fraunhofer refractor, which at that time was considered the largest in the world. The tower had to be completely rebuilt to install it.

From 1818 to 1839 the world famous scientist Friedrich Georg Wilhelm Struve worked in the Tartu Observatory. He was one of the first scientists to measure the distance to the stars in the solar system. In addition, under his leadership in the 19th century, the so-called Struve Geodesic Map was created, which in 2005 was included in the list of UNESCO World Heritage Sites. The geodesic map was based on the meridian arc from Northern Norway to the Black Sea.

Observatory on the map of Tartu

The observatory grounds include not only the main building, but also other buildings. These include a small observatory tower in which a small telescope is installed as well as the astronomer’s house connected to the observatory by a gallery. Today, the Tartu Observatory can be visited as a museum. The permanent exhibition is designed for both adults and children. In addition, the observatory holds themed events. There is an opportunity to visit the observation deck.

Other places to see