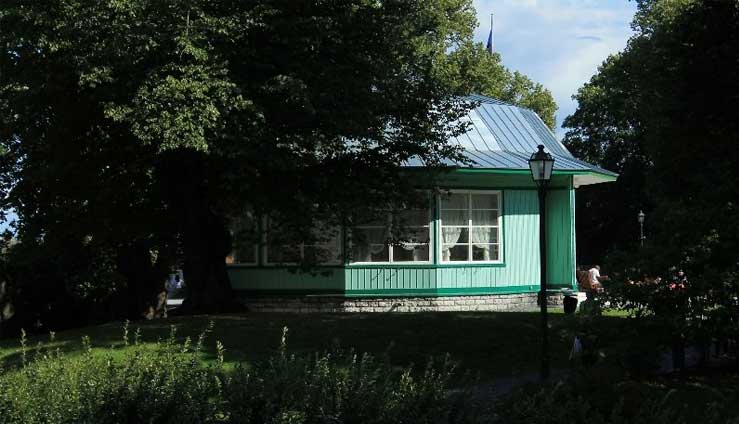 Harjumäe Park in Tallinn is located near Freedom Square. In close proximity to the park are the Kiek-in-de-Köök and Tall Hermann towers, as well as the Estonian Parliament building and the Alexander Nevsky Cathedral. Harjumägi is neighboring Lindamägi.

Harjumägi is the Ingrian bastion. Until the 19th century it was practically impossible to get here, so the street Komandandi tee was built to improve transport connections. Since 1887 there had been a café or amusement park at the top of the Hill.

In the last years of the Soviet period, Harju Hill was an important part of the life of informal youth. For decades music lovers would gather there on Sundays to exchange records and news from the world of music. In those days the hill was called Hipp’s Hill.

Harju Hill is also important for the Tallinn rock community. Concerts and festivals were regularly held here in the 1990s, the memory of which is still alive today. As a stage, there was a pavilion where informal youths would shelter themselves from rain and snow when they were not playing.

The Harju Hill acquired its current appearance in 2011. At that time, music lovers stopped meeting here, and instead they were replaced by ordinary citizens and visitors to the capital. Today there is a café in the historic pavilion. Since 2011, a fountain and a memorial platform have been established at Harjumägi, to commemorate the events of August 20, 1991, which led to the restoration of Estonia’s independence.

In the warmer months, the slope of Harju Hill is one of the favourite resting places of young people. From here you can see the capital’s most modern square and the glass cross towering over it, erected in memory of those who fought for the freedom and independence of Estonia during the War of Independence.

What else is there to see in Tallinn?