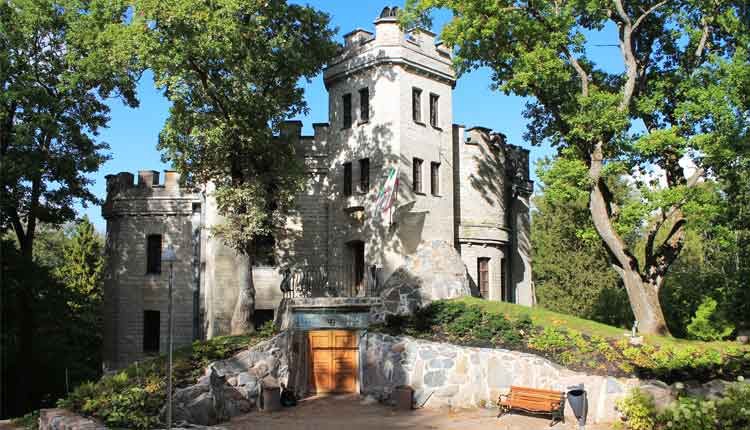 Glehn Castle is a small cozy residence built in the late nineteenth century by Nikolai von Glehn, the founder of Nõmme settlement. Today it is one of the Tallinn districts. The castle has become a famous landmark and a popular place for weddings.

Nikolai von Glehn castle was built in 1886 according to his own design. It was originally called Hohenhaupt. Later the residence was renamed Mustamäe Manor. The manor was administratively part of the Keila parish.

After von Glehn emigrated to Germany in 1918, his estate fell into disrepair. The abandoned castle was looted and for a long time it looked neglected. It was only in the sixties of the twentieth century began a major restoration of the building, ending in March 1977.

The castle is surrounded by a park, which also includes sculptures created by Glehn. There is also a greenhouse, the palm house. Today this structure is mothballed and looks more like ruins. However, it is safe to stay here.

Since the mid-twentieth century Glehn Castle belongs to the Technical University of Tallinn. At first it was used as an amateur art house. Later it was transformed into a clubhouse. In 1996 the castle was taken under protection of the state.

Unfortunately, the castle is closed to the public. However, it is possible to rent it for celebrations. You can also get inside it during concerts, which sometimes take place there.