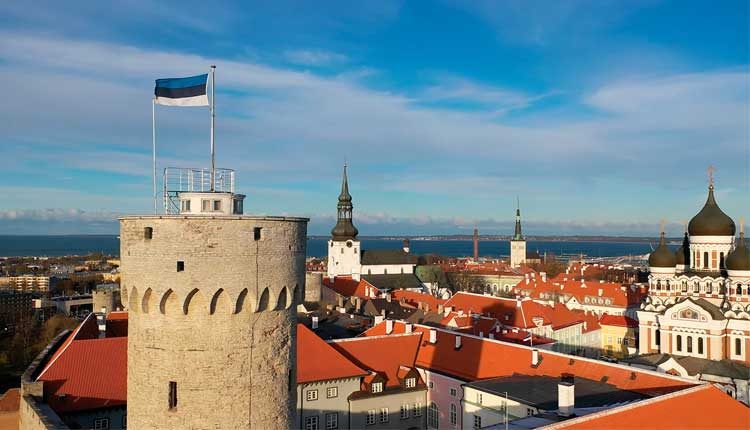 Tall Hermann is one of the four watchtowers of Toompea Castle. At the foot of the tower is the Governor’s Garden, which is open to the public 24 hours a day, seven days a week at any time of the year. The tower itself is accessible only a few days a year on public holidays.

History of the Tall Hermann Tower

The first mention of the Tall Hermann Tower dates back to 1371. The architecture of the tower is reminiscent of a typical Lower Rhine defensive structure. Interesting is the system of heating of this construction. In the basement of the tower was a furnace, the heat from which was transmitted to huge boulders, from which it was spread upwards through channels.

The height of Tall Hermann is 48 meters. However, due to the fact that the tower stands on a steep cliff, it rises above sea level by almost a hundred meters. In the past, that circumstance allowed lookouts to see the surroundings and to spot the danger of enemy ships approaching from the sea in time.

For centuries the tower was used as a flagpole. Danish, Swedish, Russian and Soviet flags have been raised here in different years. The national flag of Estonia was hoisted over the tower for the first time on December 12, 1918. After the end of the Soviet period, the blue-black-white flag hoisted over the Tall Hermann on February 24, 1989.

Today, the national flag rises above the tower with sunrise. The hoisting is accompanied by the melody of the national anthem of the Republic of Estonia. The cloth is lowered at sunset to the sounds of the song “Mu Isamaa armas” (My Fatherland dear). To hoist the flag the attendant has to climb 215 steps of a narrow stone staircase every day.

Unfortunately, for ordinary visitors Tall Hermann Tower is usually closed. An exception is made only on important national holidays. For example, the open day is held here on June 4, the anniversary of the national flag of Estonia. Then all comers can climb the tower.

In addition, you can get into the tower during the tour, which involves an introduction to the Estonian Parliament. During the event, tourist groups will be told about the history of Toompea Castle and one of the tallest buildings in Old Tallinn.