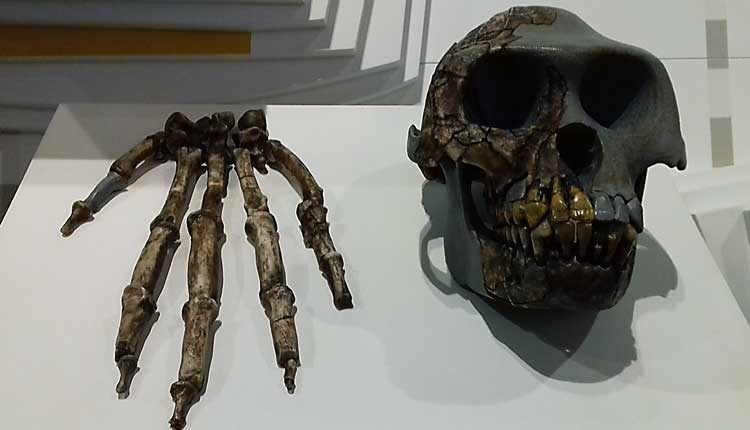 The Estonian Health Museum introduces the history of medicine and teaches people how to take care of themselves. The permanent exhibition is called “Revealed About Your Body” and introduces the work of human internal organs. Many exhibits are interactive and allow you to test your reaction rate, the stress on your body when you put on weight, as well as the effects of various visual effects on the eyes.

In its current form, the Estonian Health Museum in Tallinn has existed since 2014. Its collection consists of more than 22300 exhibits and documents. A special place in the exposition is allotted to the stages of human evolution and modern possibilities for diagnosing various diseases.

The permanent exhibition occupies two floors. Its goal is to encourage people to form healthy lifestyles through vivid impressions. Electronic and mechanical exhibits assist in this.

The floors are divided into thematic rooms. They focus on the respiratory organs, immune system, blood circulation, skeleton and muscles, lymph and skin. Thematic rooms also introduce bad habits and their consequences, pregnancy and sexuality.

The museum also has rooms devoted to the history of medicine. Of particular interest is the dentist’s office, which displays instruments used in the industry over several centuries.

One of the main exhibits of the Estonian Health Museum is the Glass Woman. She gives a nine-minute lecture, while demonstrating the work of internal organs. The exhibit was made in 1989 and still works properly.

Another unique room is devoted to death. This is a recap of the Natural Death exhibit, which won an award in 2016 as the best of the temporary ones. There is a virtual autopsy table, and it describes all the postmortem phenomena that happen to the human body.

In the museum you can also look at parasites that affect humans. There is also a collection of bacteria. The hall devoted to hygiene also introduces you to the recent past, when many of today’s usual remedies were impossible to buy in stores or pharmacies.

Tallinn Health Museum is located in the old town on 30 Lai Street. On Mondays the institution is not open. You can visit the museum either individually or as part of a guided themed tour.