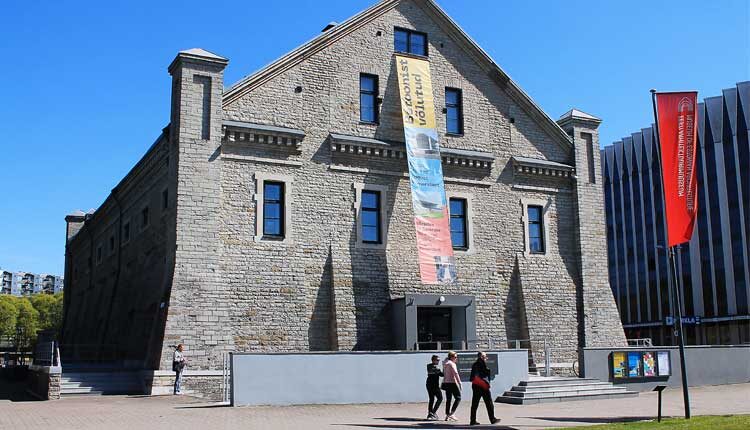 The Museum of Estonian Architecture presents the history of the development of the industry in the country during the twentieth century. The permanent exhibition consists of models of famous buildings. The exhibition helps you understand how Estonian architecture was shaped by political, economic and social processes. The museum occupies the premises of the historic building.

History of the Museum of Architecture

The Estonian Museum of Architecture was founded on January 1, 1991 in order to document, preserve and understand the history and development of Estonian architecture today. The institution is a member of the International Confederation of Architectural Museums ICAM. This museum began its activities in a temporary building in the Old Town of Tallinn at 7 Kooli Street – the collection was exhibited in the Loewenschede medieval tower.

In 1996 the museum moved to the Rotermanni salt warehouse. The building was opened for the public on June 7, 1996. By the way, the former farm building is one of the most grandiose flagstone buildings in the “Rotermanni Quarter” of Tallinn. It was built in 1908 according to the project of the Baltic-German engineer Ernst Baustedt. The salt was stored in the vaulted basement of the one-storey building and processed on the second floor.

The salt warehouse was renovated in 1995-1996 according to a design by architect Ülo Peili and interior architect Taso Mähari (both from the architectural firm Urbel & Peil). With the Art Museum’s exhibition hall moving out of the Rotermanni salt warehouse in the summer of 2005, the life of the Architectural Museum has undergone major changes. The museum, with its magnificent exhibition rooms, will continue to operate as a center for architecture as well as art.

The Estonian Museum of Architecture holds exhibitions on a regular basis. By 2004 the total number of exhibitions has reached two hundred, of which 159 are devoted to architecture and design and 41 to fine arts, applied arts, theater, fashion and electronic art (including the annual exhibitions of the Art Academy). In addition, Estonian museum regularly takes part in international exhibitions and thematic events in cooperation with other world-renowned museums.