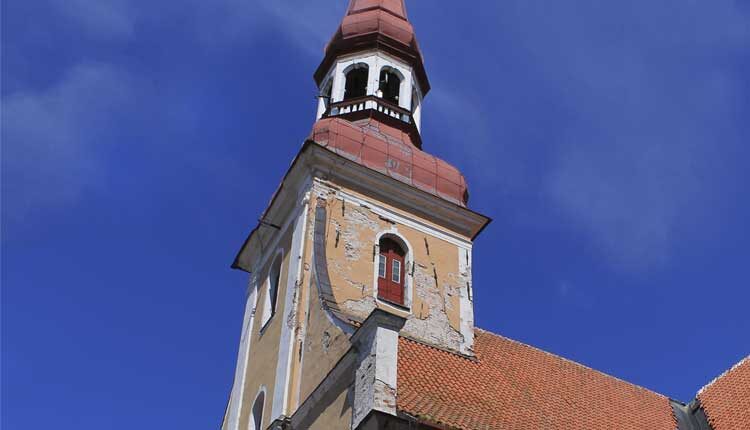 The Church of St. Elizabeth in Pärnu was built in the middle of the 18th century. It is one of the oldest buildings in the old city of the summer capital of Estonia. The high tower of the church is clearly visible from a distance and can serve as a landmark.

The History of Elisabeth’s Church

For a long time there was no Lutheran congregation in Pärnu, while the number of Lutherans grew steadily. This situation was not ignored by the Great Russian Empress Elizaveta Petrovna, who gave money for the construction of the church, called after her. The church was built in 1744 – 1747, and consecrated in 1750.

The authors of the project of Elisabeth’s Lutheran Church in Pärnu were architects Joachim Heinrich Hüterbock and Johann Heinrich Wülburn. The building was built in Baroque style. In 1850 neo-Gothic elements appeared in the interior of the church. The church altar was ready only by 1854. In 1893 the southern wing was completed, and since then no more changes had been made to its exterior.

The address of Elisabeth Church in Pärnu:
Nikolai tn 22, Pärnu

The church is open to visitors. Here regularly take place divine services, which gather a large number of congregation. In the church are often held concerts of organ and classical music. From Monday to Saturday Elizabeth church is open from 12.00 to 18.00, on Sundays – from 9.00 to 12.00.

Medieval churches in other cities