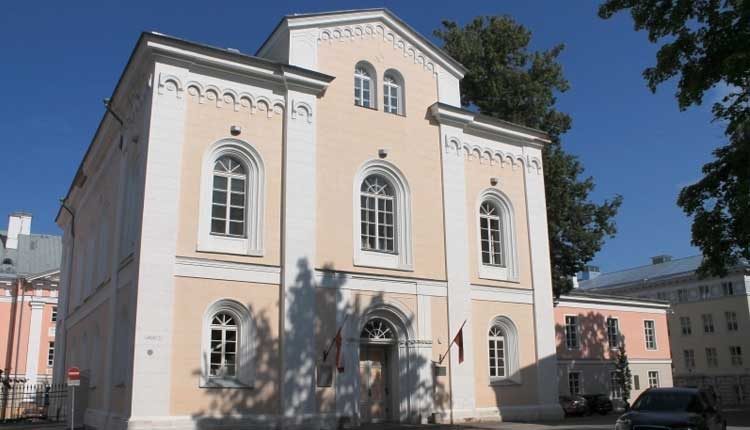 For almost a century, the University of Tartu owned its own church parish. It was located right behind the main building of the university. It still stands there today, but is used for other purposes.

History of the University of Tartu Church

The University Church in Tartu was founded in 1855. Divine services were originally held in the churches of St. Mary and St. John, as well as in the library belonging to the university. The University of Tartu’s own church building was built in the 19th century on the site of the original medieval Church of Our Lady.

The project of the university church was designed by architect Karl Rathaus. The solemn consecration of the new church took place in 1860. The first worship in Estonian language was held here in 1921. Later, after the establishment of the Republic of Estonia, worship and confession were held here in Estonian and German languages.

In 1947, when the Soviet regime was already established in Estonia, the church building was taken over by the state. A year later, the Parish was also dissolved. In 1956, the former church building was rebuilt into a library, nicknamed “Seminarka” by the locals, which was open until 2006.

After Estonia regained its independence, the university parish, which had been dissolved several decades earlier, got a new life as well. It was revived in 1995. A few years later, in 2001, the parish merged with the St. John’s parish in Tartu. Since then services have been held in the St. John’s church building.

Today’s appearance of the church building

The historic church building now belongs to the University of Tartu. It is used as an archive as well as an educational facility. The adjacent park contains a monument to King Gustav II Adolf, who is considered the founder of the Dorpatus Academy.