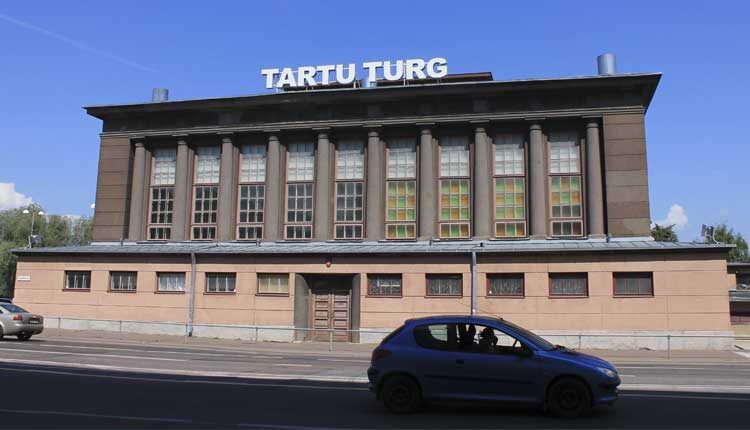 The Tartu market building is located on the bank of the Emajõgi River, not far from the Town Hall Square. Although the market building is not listed as a monument of architecture, it is still a prominent landmark in the city. The square in front of its main entrance is decorated with a bronze statue of a pig, which as if indicates to passers-by that you can buy fresh meat here.

The Tartu market building was designed between 1936 and 1937. The work was entrusted to the city architect Voldemar Tippel after the open design competition for the market pavilion failed miserably. Tippel was joined on the project by Woldemar Onton, who was the city’s engineer, and by Nikolai Oll.

The basis for the Tartu market building was a similar structure in the Latvian Liepaja city. The interior is divided into two halls, one for fish and the other for meat. The halls themselves are divided into sectors. The height of the walls is 3.4 meters.

The material used for the construction of the Tartu market was reinforced concrete. The interior decoration of the walls deserves special attention. For example, the walls of the butcher pavilion are decorated with terrazzite plaster, and one of the decorative elements is cornices.