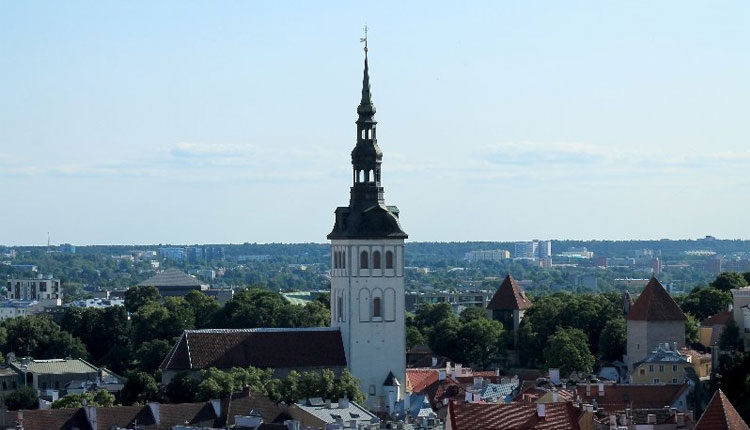 St. Nicholas Church (Niguliste) Lutheran Church is located in Tallinn’s Old Town, not far from Town Hall Square. Today it is not used for its intended purpose, but houses a branch of the Art Museum, and the most famous of its exhibits is Bernt Notke’s Dance Macabre. Here are regularly held concerts of choral singing and organ music. But it has not always been like this.

History of the St. Nicholas Church

The St. Nicholas Church was founded by German merchants-settlers from Gotland at the beginning of the 13th century. Presumably, the building on this site appeared in 1230. The new church was named in honor of St. Nicholas, the patron saint of sailors. By the end of the XIII century, the parish had become a three-aisled hall church with four traveys.

For many years it was also a storehouse for goods. It was also where merchants transacted business – that was the custom in the Middle Ages. It can be said that to a certain extent St. Nicholas Church served as a trading house and was actually a medieval supermarket.

At the time of the Reformation, it was the only church that managed to avoid the Protestant invasion. If we believe the historical data, in one of the September nights of 1524, after the sacking of the churches of Pühavaimu, Oleviste and Saint Catherine in the Dominican monastery, an angry mob of townspeople approached the parish of Saint Nicholas as well, but its doors were sealed with lead and the barbarians could not get inside the building. Later, when passions had subsided, this temple was taken over by the Lutheran Church.

The temple suffered much more during the World War II. During the March 1944 bombing of Tallinn, the building was partially destroyed. Many medieval valuables were also damaged, but it was possible to save a considerable part of them. In 1980, the St. Nicholas Church was completely renovated but since then it has never been used as intended.

The largest part of the exhibition in St. Nicholas’ Church is dedicated to the art of the post-Reformation period. Coats of arms and epitaphs form its basis. In addition, an impressive collection of church lights is presented, most of which were made in the 16th-17th centuries.

There is also a Silver Pantry, which displays articles made of this precious metal, including health cups, table clocks of the XVIII century, crowned with the figure of a knight, as well as various medallions. Of particular value are goblets in the form of a roe’s leg, which are only found in Tallinn.

The retablo of the main altar of St. Nicholas Church with two pairs of flaps is the pride of the exhibition. This double-winged altar made in the workshop of Lübeck craftsman Hermann Rohde is one of the few in the world which has been preserved in a decent state. It was brought to Tallinn in 1481. In addition to it, the permanent collections at Niguliste include the Dutch altar of the Passion of Christ from the studio of the artist Adrian Isenbrandt, the altars of Our Lady of Tallinn’s Blackhead Brotherhood and the casement altar of the Holy Family in Brussels.