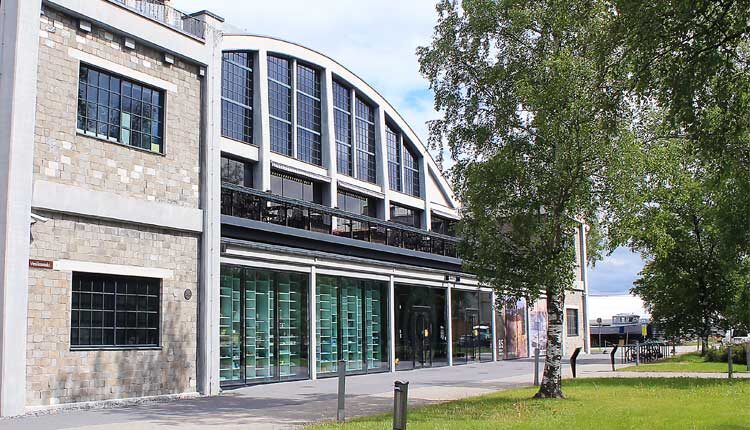 The Seaplane Museum is an interactive entertainment complex in Tallinn. It is located in Kalamaja district on the shore of the Baltic Sea. The museum is the main subdivision of the Maritime Museum. It also includes the steam icebreaker Suur Tõll and the frontier ship Valvas.

The museum exposition in the Seaplane Harbour introduces maritime technology. Here you can see models of ships, bathyscaphes and rescue equipment. Also in the exposition is present military equipment.

One of the main exhibits of Seaplane Museum – the submarine Lembit, built in the 30s of the twentieth century. It is considered to be the only surviving torpedo and mine submarine of its type. Another important exhibit is a life-size replica of the British Short 1 float plane. There is also a professional simulator, which allows you to test your navigation abilities.

History buffs will be interested to see the remains of a ship discovered near the Maasilinna fortress on the island of Saaremaa. The sailing ship was found in 1985. The examination showed that the ship was not built earlier than 1550. Thus, this sailing ship is the oldest example of medieval shipbuilding in the Nordic countries.

The Seaplane Museum also has a cinema hall and an area for children. In addition, there is a small playground on the pier for the youngest visitors. Older children can climb aboard the old steam icebreaker Suur Tõll and meet its crew.

Interactive exhibits allow you to feel the force of water pressure when diving. Children can also practice steering the ships with a special simulator. In the museum you can also shoot with a cannon, fly on a seaplane and take a photo in a sea uniform.

The entire exposition of Seaplane Harbor Museum is presented in three languages: Estonian, English and Russian. Premises of the museum are adapted to the needs of people with disabilities. You can also move around with a stroller.

Tickets to the Seaplane Museum

You can buy an e-ticket to the Seaplane Museum. When you enter the museum, all you have to do is show it from your smartphone screen. The service is provided by the international service Tiqets.

Interesting things to see nearby