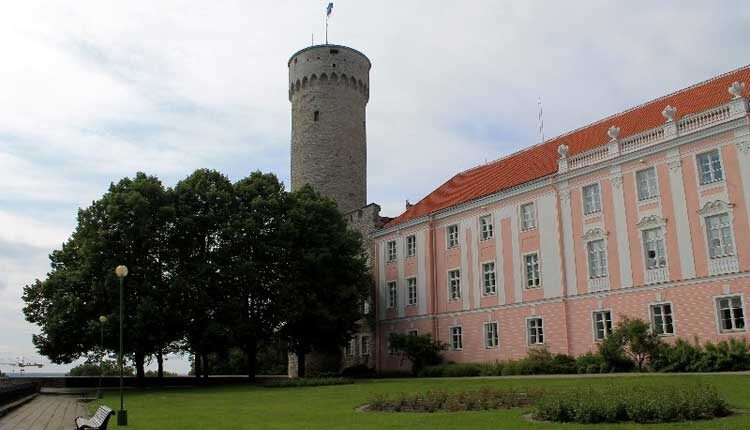 The Governor’s Garden of Tallinn is located in the Old Town on Toompea Hill. It adjoins the castle of the same name, where today the Estonian parliament sits. As the garden is situated on an elevated site, from here you can enjoy the views of modern districts of the Estonian capital.

History of the Governor’s Garden

The exact date when this park was built is unknown. Presumably it happened in 1773. Then the former castle, which for centuries served as a symbol of state power of the local areas, was rebuilt for the needs of the Governor’s Office of Estonia. In 1820 the fortress was partially demolished and in its place an open palisade was built for visitors.

Today the Governor’s Garden is known as one of the viewing platforms of Tallinn. From the height of the park you can admire the surrounding area, including the hills Lindamägi and Harjumägi. Tourists who are interested in history may be especially interested in the proximity of the medieval Long Hermann Tower, on which today flies the national flag of Estonia.

A visit to the Governor’s Garden of Tallinn is included in many sightseeing programs. In the immediate vicinity is the Alexander Nevsky Cathedral, which can be visited after a walk in the historic park.

How to get to the Governor’s Garden?

To get to the Governor’s Garden, you need to climb Toompea. It is most convenient to do it from the side of Freedom Square. Head in the direction of the Alexander Nevsky Cathedral and Toompea Castle. Entrance to the garden is to the left of the building of the Parliament of the Republic.