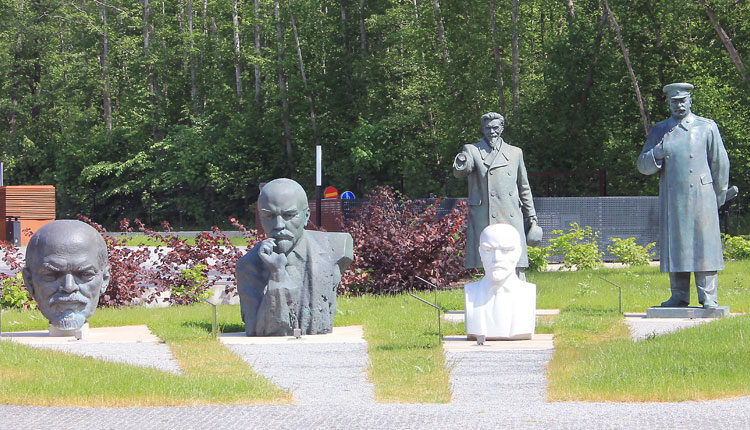 The Alley of Soviet Sculptures in Tallinn is located in the courtyard of Maarjamäe Castle. You can see the monuments that once stood in the streets of Estonian cities in the backyard of the park. Admission to the park is free.

History of the Alley of Soviet Sculptures

In Soviet times, in Estonian cities, as throughout the Soviet Union, there were monuments to the founders of a country. Also in honor were the heroes of the October Revolution. Their sculptures were placed in squares and lively streets.

After the restoration of Estonia’s independence in 1991, monuments began to be removed from the streets. Many sculptures also were damaged by vandals. Some parts of the bronze monuments were sawed off and sold as scrap metal. Eventually, the ones that were saved were taken to the yard of the Historical Museum.

In the Alley of Soviet sculptures you can see monuments to Lenin, Stalin, Kalinin, Kingisepp and many others. Next to each sculpture is an information table with its history. This is the only place in Estonia, where you can see the monuments to the leaders of the USSR.

Parking is located in front of the entrance to the Historical Museum from the side of Pirita Tee. It is free for the park visitors. Parking time is not limited.

What else can You see nearby?