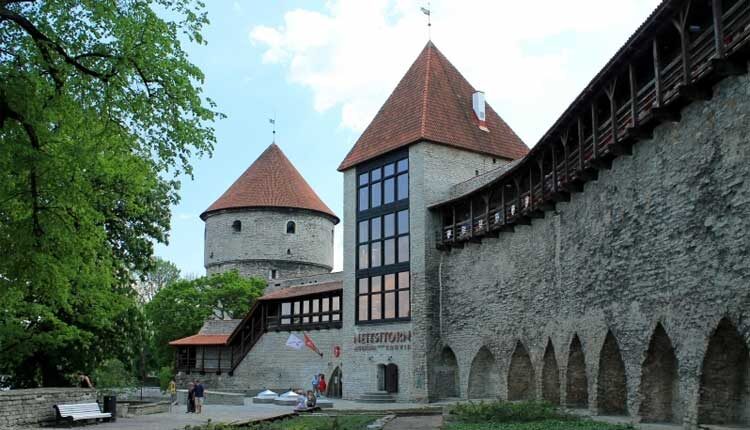 Maiden’s Tower is one of the most famous landmarks of Old Tallinn. It is located in the southwestern part of the city fortress wall, not far from the Orthodox Cathedral of Alexander Nevsky. The tower is in the Danish King’s Garden with an viewing platform. From here you can admire the medieval tiled roofs.

The current name of the tower is much younger than the tower itself. It originally bore the name of Captain Hinse Menge. The name Mägdethurm was mentioned in chronicles in 1373. Over time, the name was transformed into the German Mädchenthurm. Its literal translation in Estonian sounds like Neitsitorn, i.e. Maiden’s Tower.

Historians have not been able to ascertain the exact date of its construction. It is assumed that it was erected in the first quarter of XIV century together with the fortress wall. The height of the tower is 12.5 meters, and the second floor was originally made as an open area facing the city.

In 1577 Maiden Tower of Tallinn was severely damaged after the siege of the city by Russian troops during the Livonian War. After restoration it was used for some time as the city prison. It is known that prisoners were kept there until 1626. After restoration in 1842 the tower was used as a dwelling house. From the end of the 19th century until mid-20th century the workshops of Estonian painters were located there.

The modern history of the tower

The Maiden Tower gained its present appearance in the second half of 20th century. During the reconstruction, one of the walls of the building overlooking the Lower Town became glass and the tower itself became one and a half stories higher. The Neitsitorn Café, which is still popular today, was opened there in 1981.

In 2004, the Maiden Tower was closed for another reconstruction. Since 2012 it has been working as a subdivision of the Tallinn City Museum. The tower is connected by passageways to its neighbors Talli and Kiek-in-de-Köök.

On the first floor of the Maiden’s Tower you can watch an animated history of the building and the surrounding area. In the basement of the tower there is an exhibition called “Look in the Bottle,” where objects from the glass collection of the Tallinn City Museum are on display. There is also a cafe open in the tower.

Maiden’s Tower of Neutsitorn on the photo

Maiden’s Tower on the map of Tallinn