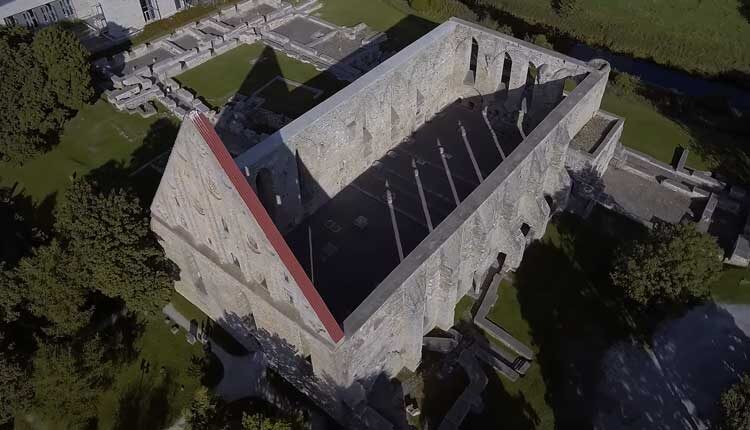 The Pirita Convent or Monastery of St. Bridget is one of Tallinn’s landmarks. Its walls rise above the river bank, making the landscape complete. Today only ruins remain of the once majestic building, and the monastery itself has been reorganized into a museum.

History of the Convent of St. Bridget

The convent of St. Bridget was built in the XV century. The initiators of its construction were three merchants of Reval. In 1407, they sent two representatives of St. Bridget Order from Sweden to Tallinn (at that time the city was called Reval), who helped in organizing the nunnery.

The construction of the building began only in 1417. According to the project, it was a late Gothic style building typical for that time. The building works were finished in 1436, and on August 15 the Tallinn bishop consecrated the new convent. This complex became the largest of its kind in the whole of Livonia.

In 1557 the Pirita monastery was destroyed by the troops of Ivan the Terrible. Only the massive facade, walls, cellars and the cemetery, where local peasants were buried in the XVII century, are left of the majestic building. The pogost in the monastery courtyard survives to this day.

Peculiarities of the monastery of St. Bridget

The peculiarity of the Monastery of St. Bridget was the fact that male priests were allowed to live here and conduct services. According to the order, there could not be more than 85 people in the community: 60 sisters and 25 brothers, of whom thirteen were priests and the remaining eight were deacons. The situation changed in the seventeenth century – from that time the Order became purely female.

It is interesting that many citizens are still sure that underground passages lead from the walls of the monastery to the center of Tallinn. However, no confirmation of this assumption was found.

In the 1960s this territory was used for filming of feature films like City of Craftsmen (Belarusfilm, 1965, dir. V.Bychkov) and The Last Relic (Tallinfilm, 1969, dir. G.Kromanov). Video clips of popular bands were also shot here.

Today the Pirita Convent of St. Bridget is used both as a museum and as a concert venue. Every summer a festival of classical music Birgitta takes place here. Music groups from all over the world take part in this event.

Video: a panoramic view of the monastery

How to get to the monastery?

You can get to the Pirita Convent from the center of Tallinn by city buses Nos. 1A, 8, 34A and 38. You can get on buses in the underground terminal of Viru Trade Center. Get off at the stop Pirita. To get to the monastery, get off the bus and walk straight ahead, without crossing the road.