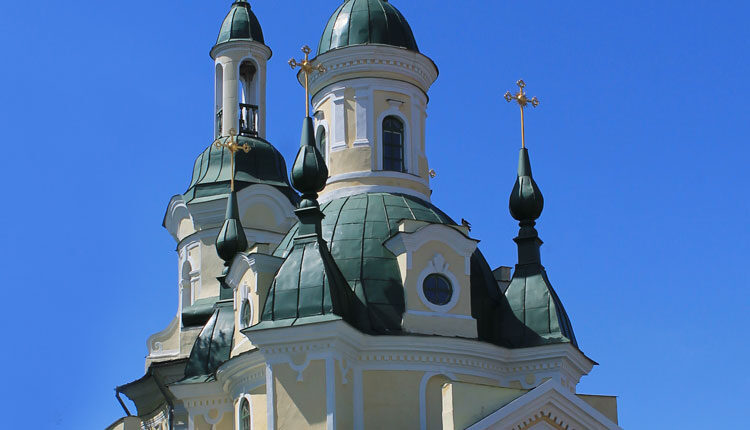 St. Catherine’s Church is the oldest Orthodox church in Pärnu. It was built in the 18th century under the patronage of the great Russian Empress Catherine II. The church has been open for more than 200 years and during that time it has never been closed.

History of the Church of St. Catherine

The first Orthodox Church in Pärnu appeared during the Great Northern War, when the city was taken by Russian troops. The first parish appeared here in 1710. Before St. Catherine’s church was located on its place the church of the Dormition of the Mother of God with the side-altar of the prince Gabriel-Vsevolod. But by the middle of XVIII century the church had fallen into decay, and its repair was considered inexpedient.

The construction of a new church began after Catherine II visited Pärnu in 1764. The empress personally granted funds for the construction of the church and closely monitored their use. The church building was designed by the architect Pavel Egorov. In 1769 the church was consecrated in the name of the Assumption of the Mother of God, but soon it was renamed in the Catherine Church.

The exterior of the Church of Great Martyr Catherine in Pärnu is sustained in the Baroque style. In the center of the building rises a dome with a lantern surrounded by four towers. A baroque bell tower rises in the western part of the church.

Inside, the building is decorated with an elegantly composed three-tier iconostasis. There are three revered icons in the temple: the icon of Great Martyr Catherine, the icon of Prince Alexander Nevsky and the Vladimir icon of the Mother of God.

Orthodox churches in other cities