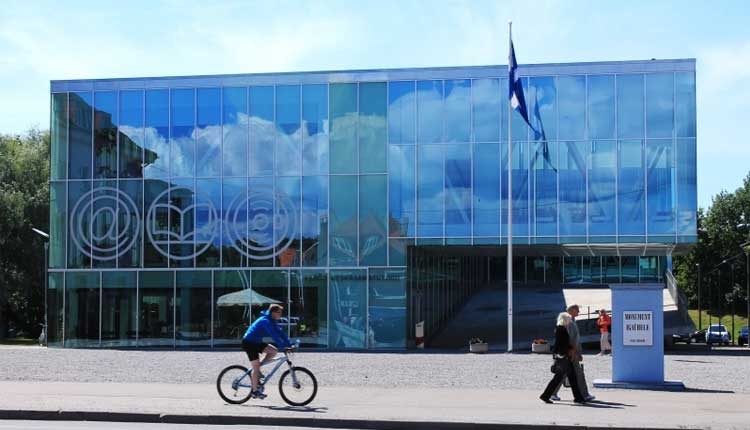 Pärnu Central Library is one of the modern city landmarks. The facade of the modern library building is completely covered by glass. Authors of the building’s design won the state award – the annual prize of the Cultural Endowment of Estonia.

History of the Pärnu library

The history of Pärnu library begins in January 1909, when a reading room was opened in one of the premises of the house on Elevandi Street. It had about 400 books in Estonian, as well as 16 newspapers and magazines, published in Estonian, German and Russian. Later the library changed a lot of places and names, until it finally had its own building.

In 1920, for example, the Pärnu library moved into building no. 2, Nikolai Street. In 1946 a children’s library was opened there. In 1973 the library moved to Rüütli street, where a large reading room was opened at the beginning of 1974. Today the institution is located on Akademia Street.

In 1953 the library was given the status of a regional library. In 1970 it was named after Johannes Semper – the Estonian Soviet poet, public figure and politician. It is interesting, that at that time the beach book lending point was opened, so vacationers could spend their time reading fiction or science literature.

Construction of the new building

The construction of the present building of Pärnu Library began in 2002. Within a year the first building stage was finished and the new reading hall could receive its first visitors. The second stage of construction began in 2007 and lasted for a year. The building was designed by the architectural bureau “3+1”.

By the way, there is a pedestal in front of the Pärnu library, which, according to the inscription on it, is dedicated to everyone. Its creators probably meant that everyone can play the role of a monument on it, but you do it at your own risk.