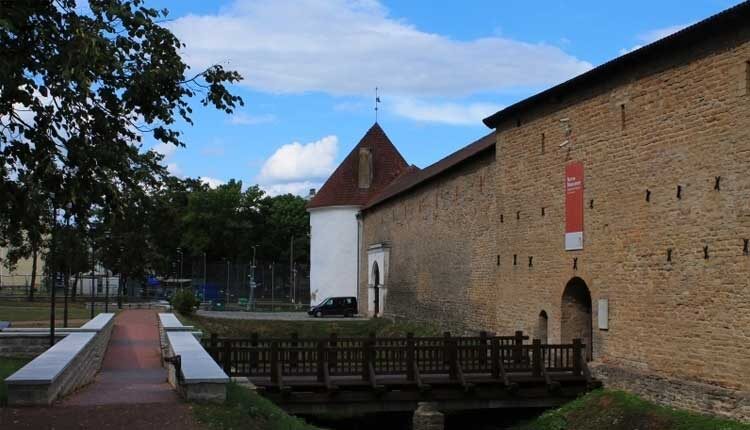 One of the most popular places for recreation and walks for residents of Narva is the Castle Park, built at the main gate of the Narva Castle. It acquired its present appearance in the spring of 2014, when the infrastructure of the historical objects in the border towns was completely renewed within the framework of the international project EstRusFortTour-2. The Narva Castle Park has an important cultural, historical and tourist value.

In the center of Narva Castle Park there is an ancient fountain. There are walking paths around it and benches for rest. Park alleys go around the territory of the park passing a unique wedding tree and a preserved obelisk in the memory of the fallen in the battles for the liberation of the city during the World War II.

The park looks bright and well-maintained. There are 58 street lamps and the same number of other lights installed. During the landscaping of the park were planted eighteen new trees and over two thousand bushes. In addition, the crowns of old trees were cleaned.

However, the main attraction of the Castle Park is the medieval fortress. Today, after the landscaping work, the park offers an excellent view of the fortress, which allows unobstructed sightseeing. Moreover, due to the fact that the trees have been tidied up, the ancient castle is no longer hidden from the eyes of tourists and is clearly visible from various points in the vicinity.

Interesting things to see nearby