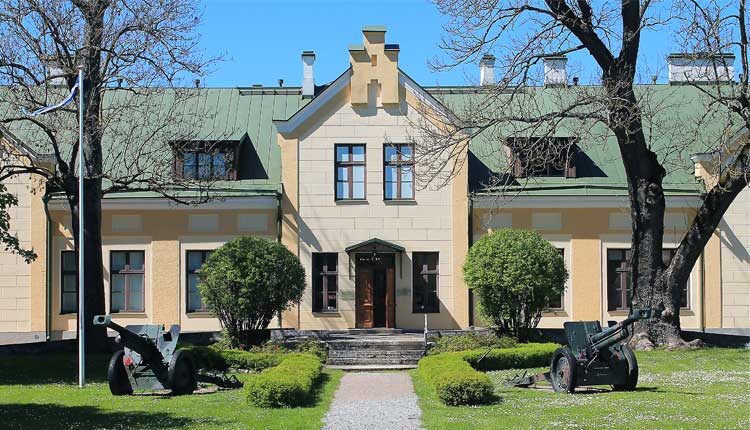 The Estonian War Museum, or General Laidoner Museum, is located in Viimsi. Its mission is to collect, preserve, research and exhibit Estonian military historical and cultural heritage. Part of the museum exposition is located in the premises of an old manor house and another part – in a nearby hangar of military equipment.

Permanent exposition of the museum

The Estonian War Museum was founded in 1919. During the Soviet era its activity was stopped. The museum in its present form was restored in 2001. Today it is located in the premises that until 1940 was the residence of the Minister of Defense of the Republic of Estonia.

The exhibition of the Viimsi War Museum tells about the wars that took place on the territory of Estonia. This is mainly about the Estonian War of Independence and World War II. The exhibits in the museum give an overview of the service of Estonians and members of national minorities in the armed forces of various countries.

In the museum you can see samples of military uniforms, examples of fortifications, as well as insignia and military awards. The military equipment hangar displays armored personnel carriers, trucks, tanks and guns. A walkway in red leads to the hangar from the main museum building.

By the way, there is a monument to Johan Laidoner in Viljandi. This sculpture depicts the general on horseback. On evenings, the monument is beautifully lit.

The Estonian War Museum is open year-round from Wednesday to Sunday from 10:00 to 18:00. On Mondays and Tuesdays it is closed. The military equipment hangar is open in the summer from May through October on Fridays, Saturdays and Sundays.